50 Years of Burrowing Gently Into Czech Culture
By IAN FISHER

PRAGUE -- In America, anvils were falling. A coyote strapped on Acme
rocket skates. A slobbering duck kept getting his beak blasted off and,
sadly for him, it may actually have been wabbit season. It was quieter
here in 1954, when a frustrated Czech animator went for an evening walk
in the woods searching for his own blockbuster of a cartoon character.

"It was already dark," the animator, Zdenek Miler, now 83, remembers.
"It was kind of hard to see. I tripped over something and I fell. I
turned around to see what I fell on. It was a mole's burrow. I said,
'Here's a good idea.' "

He is shown around the world, and is especially popular in Germany and
Japan. (A 20-something Iraqi recently turned to goo when he spotted a
foreigner in Baghdad wearing a Krtek T-shirt).

But Krtek never caught on in the United States. Ask why of Mr. Miler
(pronounced miller), or his colleagues in the renowned world of Czech
animation, and they say Krtek may be just too slow for the frantic land
of the Cartoon Network. Krtek films are, in fact, slow, but also
lyrical and so hypnotically distinct that they can feel less like
watching movies than climbing into another human's head. That would be
Mr. Miler's.

"It's an alternate universe, like all of the best animated stuff is,"
Michael Medved, the film critic, who has tried for years to stoke a
Krtek following in America, said in a telephone interview. "But it's an
alternate universe that feels astonishingly refreshing and kind."

Mr. Medved added, "I have always considered Miler to be perhaps the
greatest living animator."

Now feeble from age and Lyme disease, but the vision of a kindly old
man, Mr. Miler is doing something else that few of his American
counterparts would dream of: despite offers, Mr. Miler is refusing to
sell off the rights to Krtek -- similar, in a smaller way, to if Disney
studios had folded when Walt Disney died in 1966. The last Krtek film
was made in 2002. What may be the last Krtek book -- five million have
been sold -- comes out this month.

The truth is that the association between Krtek and his creator, who
meticulously oversaw every frame of his hand-drawn films, may be a
little too close to put up for sale.

"You should be able to say it very simply: You created yourself," said
his wife of 46 years, Emilie, with some combination of love and
impatience, in their modest home in Prague. She then walked out of the
room.

"My wife is allergic to it, because for everyone who comes I have to
tell the story of how I created Krtek," Mr. Miler explained before
recounting his "supernatural" stumble over the mole burrow in 1954. But
near the end of an interview, kept to an hour so as not to tire him, he
conceded that she was right.

"It took me a long time to realize it, but when I draw Krtek I am
drawing myself," he said. "What I mean is that Krtek is the ideal that
should be me. But I can't meet that ideal."

Born in 1921 in Kladno, just west of Prague, Mr. Miler began his work
as an animator while Czechoslovakia was still under Nazi occupation.
After the war he worked as an animator on the first films of Jiri
Trnka, the guru of Czech animators. In 1948 he made his first film,
"The Millionaire Who Stole the Sun," still highly regarded today.

In 1954, while working at Barrandov Studios here, he was assigned to
make a film for children showing how linen is made. He puzzled, feeling
that a fairly dull subject needed to be livened up by a compelling
character. That turned out to be Krtek. Without the budgets of the
American animation studios that Mr. Miler admired so much -- Disney's
"Snow White," he said, is "unbelievable" -- the first Krtek film took
one and a half.

In it, Krtek makes a pair of linen overalls, with help from a frog who
soaks the flax, spiders who spin the yarn, ants who weave the cloth, a
crawfish who cuts the fabric. Krtek changed slightly over time, but the
basics were there: the forest, other animals, a problem Krtek solves
entertainingly.

Zdenka Deitch, head of the Barrandov animation studio, who worked on
the first film, said Krtek was considered a peculiarity amid the
high-art production of Czech animation at the time.

"When I was working on this first film, I didn't get his idea," she
said. But when it was finished, she said, "it was a very charming
film." It won a first prize in the Venice Film Festival in 1957.

This first movie was the only one in which Krtek actually spoke. The
rest were pantomime, apart from a few Czech words and the recorded
giggles of his daughters. That turned out to be convenient for both
Krtek and Mr. Miler: The films sold easily around the world, in 85
countries, and Krtek's adventures became a popular export for the
Communist government.

"Krtek was very important to the regime because it earned them foreign
currency," said Mr. Miler, who did well, too, when capitalism came in
1989 and opened the door to Krtek merchandise.

Mr. Miler said he steered clear of politics, but as Krtek became his
life's work, the films did not shut out the real world, before or after
the fall of Communism. Bureaucrats were poked fun at. He lamented the
destruction of the environment. He showed a rabbit graphically giving
birth. One film had Krtek traveling the world, stunned at an American
mole's superior burrowing technology.

"He's different," Ms. Deitch said. "He's quiet. He has a few friends.
And otherwise he is living some kind of lonesome life with the
characters that he drew. His whole life was to draw something nice."

At the twilight of his career -- and with little chance of any new
Krtek adventures -- Mr. Miler seems only to wish that Krtek had found an
audience in America. In the mid-1990's, a collection of the films was
released there and praised by fans like Mr. Medved. But there never was
a market, baffling to fans who admire Krtek for his sweetness without
saccharine.

"Pretty much the whole world knows Krtek," Mr. Miler said. "America,
which is usually first in everything, is last in this."

"I always look at American history," he said, "and it is a very hard
one. People came. They conquered a continent. They suffered hardships,
and that hardship is reflected in its movies. I look at children there
and think what they are watching is a reflection of that hardness. If
you look at America, it is epic. Whereas here, it is more poetic. I
feel here there is more lyricism." [afbeelding]

But on the other hand, not to support regime or legitimate it - would something like Krtek have been possible in the west? I dont think so. There was much more time and much more people without having the problem "how do we get the money for the next episode". And on the other hand, there are several episodes produced with money from West Germany...

Merchandising on Krtek has always been very good, there was near to anything I remember with a Krtek on it.

What do you think about the german Krtek.de site? Its not made by me, I make only one informational site about Krtek so long.

Impressive site, although I had some problems finding Krtek in it

but the Search function gave results.
And the forum - so many Holger postings!

Interesting notes on production pressures (or lack of it). Do you have more detailed information about how the films were produced? How many persons and months did it take to make a short movie?

I must say I was rather surprised about Krtek ve Meste, being released in 1982; it is such a very strong and clear message against the policy of building more and more panelaky in CSFR. How was the process of deciding and approving what movies were allowed to make?

Thats quite a good question. But after 1974/ 75 all parts were produced together with the westgerman WDR &gt; so perhaps they had freedom to do what they want as long they only brought money to the regime. (Thats why many of the coproductions were more free)

And there were many films even in GDR where they said something against "panelaky" (you mean that mass-settlements out of the cities?) but they were "accepted" because the censors were not the intelligentest people...

We had a word here called rose elephant &gt; which meant: installing something, no censor could accept but would oversee the next sentence, in which the meaning was...

Thanks for visiting my forum

And indeed: I am holding about 60% of the postings there. You are invited if you want to post even there. Its open to all languages. 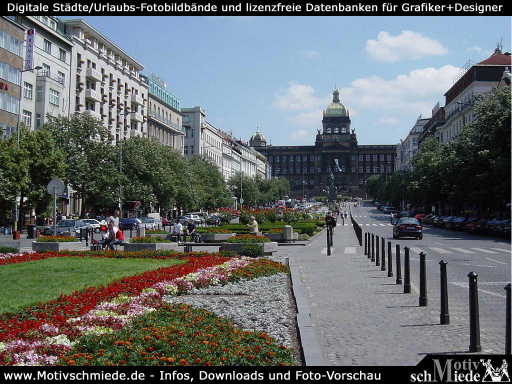